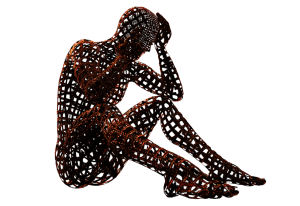 Had it not been for a re-read of The Four Agreements by don Miguel Ruiz, I probably would not have found myself ruminating quite so intensely on the impeccability of one’s word. All things considered—culture, training, personal proclivity—my intuitive conclusion was that the path to impeccability is strewn with potholes, rocks and dust storms. However, if one can negotiate these calamities, one arrives at a place of sweet perfection with a sense of empowerment.

I assume that most people strive to be authentic in their communication with themselves and with others. Yet, we continually discover that our version of authenticity is made up of stories, assumptions, and outright untruths. I could offer up my own life as a spectacular example, for the hard truth is that I have generally regarded Truth about myself and others with a rather flexible eye. I suspect that one of my internal committee members is a judge that sees itself as the protector of my private/public image. I can hear it now when it steps in to assess my possible responses. It is usually some version of the following: “You know, if you tell the truth here, you are absolutely going to look ignorant, thoughtless, arrogant, or unkind—make up something that casts you in the best light possible.”

We are certain, you see, that we are direct and candid and truthful when we alter the truth ever so slightly to “protect” ourselves or others. Thus, we’ll find ourselves saying that we were late because the traffic was terrible when, in truth, we had been daydreaming over coffee. Or, perhaps we might say that, yes, we had an appointment with the doctor when we had yet to pick up the phone. Why are we being so impeccably unimpeccable??? Does it have to do with our sense of self and our sense of worthiness. Do we feel that we are not “enough?”

I reached deeper understanding of being impeccable with one’s word when I decided to re-watch the movie Arbitrage with Richard Gere. Gere’s character was a man with a lot of baggage and much skill in deception; and, we watched him unravel as an initial dishonesty led to complications and more lies. As the movie reached a pivotal point, the impact of one lie with its consequences elicited in me a rather stark assessment. While the movie showed a character’s collapse dramatically, I focused on the unadorned truth that the only power resides in authentic and true communication.

Yes, if I believe that I am enough, then there is no need to have these holes where the power of my word leaks into the universe. With any leakage, we diminish our spiritual magnificence; we restrain our freedom; and, we stunt our blossoming into richness of Self.